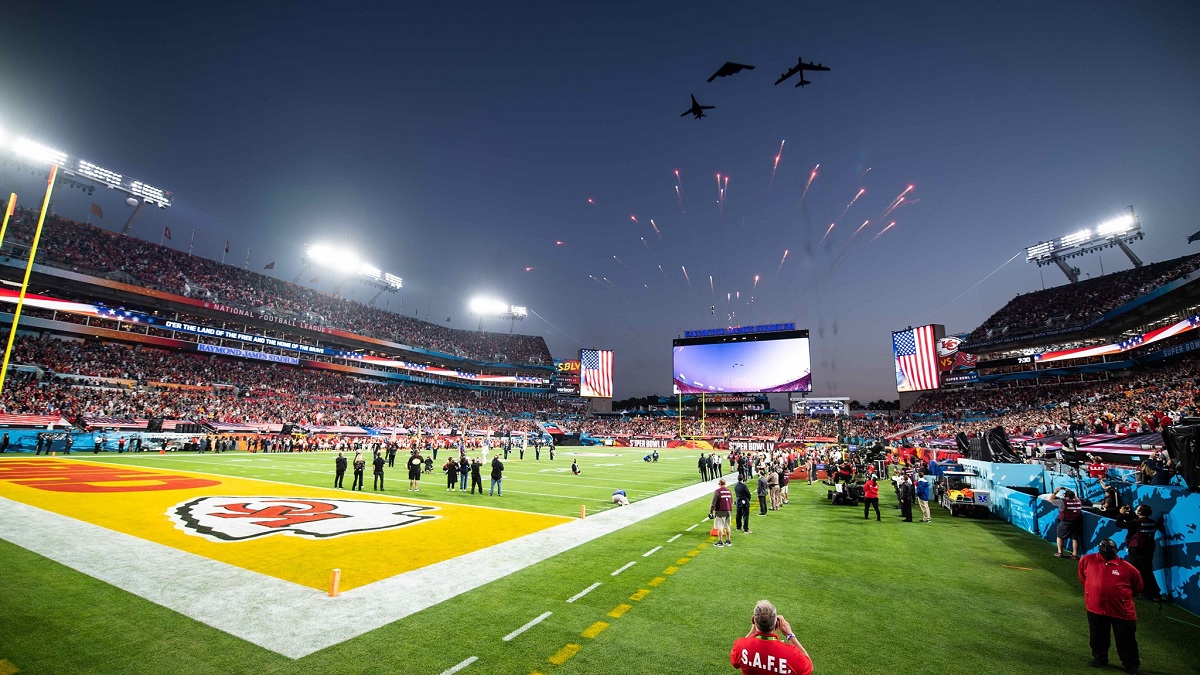 For the team planning this historic event, however – the first flyover of a major sporting event featuring a B-1B Lancer, B-2 Spirit and B-52 Stratofortress – the flyover has taken months of hard work.

One hauls a lot of bombs, one hauls bombs really fast, and the third is invisible when it hauls bombs.

As explained in the Air Force Global Strike Command news release, for the team planning this historic event, however – the first flyover of a major sporting event featuring a B-1B Lancer, B-2 Spirit and B-52 Stratofortress – the flyover has taken months of hard work.

“We started doing our initial planning for this flyover back in March of 2020,” said Katie Spencer, Sports Outreach Program Manager and Aerial Events coordinator for the Secretary of the Air Force Public Affairs Office. “The bomber trifecta flyover is something that Carla Pampe, the AFGSC chief of civic outreach, had been pitching to us for about four years, and this year it worked out for us to do it.”

Spencer and her team worked with Pampe to get the flyover approved by the AFGSC commander, Gen. Tim Ray. Once the flyover was approved at the Major Command level, the Directorate of Operations’ Command Lead, Bomber Force Management, Maj. Kendall Smith, began coordinating with the bomber units to see who was available to support the event.

“I reached out to all of our bomb wings and began working with them to see who had operational commitments that might conflict with the Super Bowl date,” Smith said. “Then the Wing Commanders all got together to decide which wings would actually fly the event, and which units would send aircrew and maintainers to Tampa to represent the Air Force and AFGSC in media interviews on the ground.”

After the units doing the flyover and static display in Tampa were selected, operational planning could begin.

Lt. Col. Chris “NIKE” McAlear is the chief of the Air Combat Command Aerial Events Branch, and for the Super Bowl, will serve as the ground controller who vectors the aircraft in for the actual flyover.

“This flyover took a lot of extra coordination, because we were working with three different wings at three different bases. Normally you’re working with one unit who is used to doing these type of flyovers, so it was a new dynamic for us.” McAlear said. “Once we got the final aircrews selected and got the times from the NFL on when the National Anthem would end, I put together a detailed event briefing for the three flying crews.”

This briefing included maps of the area around the stadium, the staging area where the bombers would come together prior to the flyover, videos of the run in to the stadium, altitudes, time on target and more.

“It’s basically everything the aircrews would need to know to get them safely in and out of the flyover area,” McAlear said. “In addition, we had to coordinate with the tanker aircraft at MacDill to schedule KC-135s for refueling of the flyover aircraft, so in all, a lot of teamwork.”

The flyover also meant a lot of planning at each wing supporting the event, because for each aircraft flying, there is a backup aircraft in case there are maintenance issues.

“We have contingency plans in place with backups for all three aircraft, so that means a lot of coordination with aircrew and maintainers on the ground,” Smith said. “There were literally hundreds of Airmen involved in supporting this event from throughout the command.”

In the month leading up to the big event, aircrews and maintainers supporting the flyover were media trained by their public affairs teams at home station, and interviews were done at each base prior to the actual Super Bowl event.

“One of the reasons we do flyovers in the Air Force is to inspire patriotism and future generations of aviation enthusiasts, and our aircrew and maintainers are great messengers to share the Air Force story,” said Jennifer Bentley, chief of policy and public outreach for the Secretary of the Air Force Public Affairs Office. “This is also an amazing way to showcase the capabilities of our aircraft to the American public.” 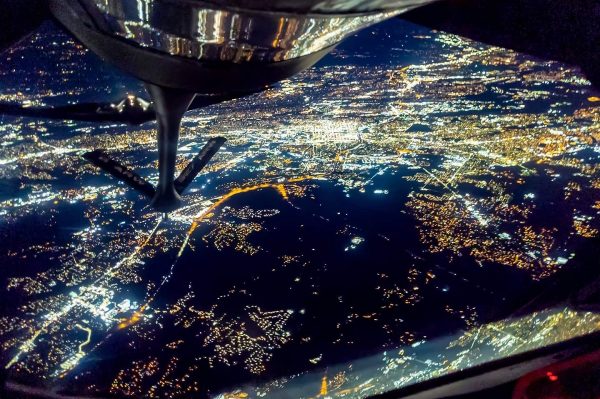 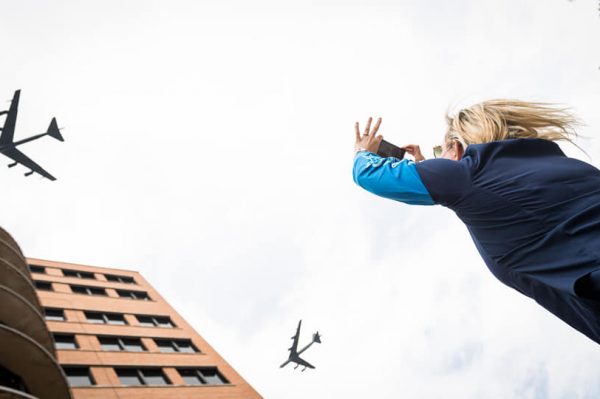