Log In Sign Up
Homepage Cold War EraBefore the F-4C: the F-110A Spectre, the Century Series Fighter that Never Was 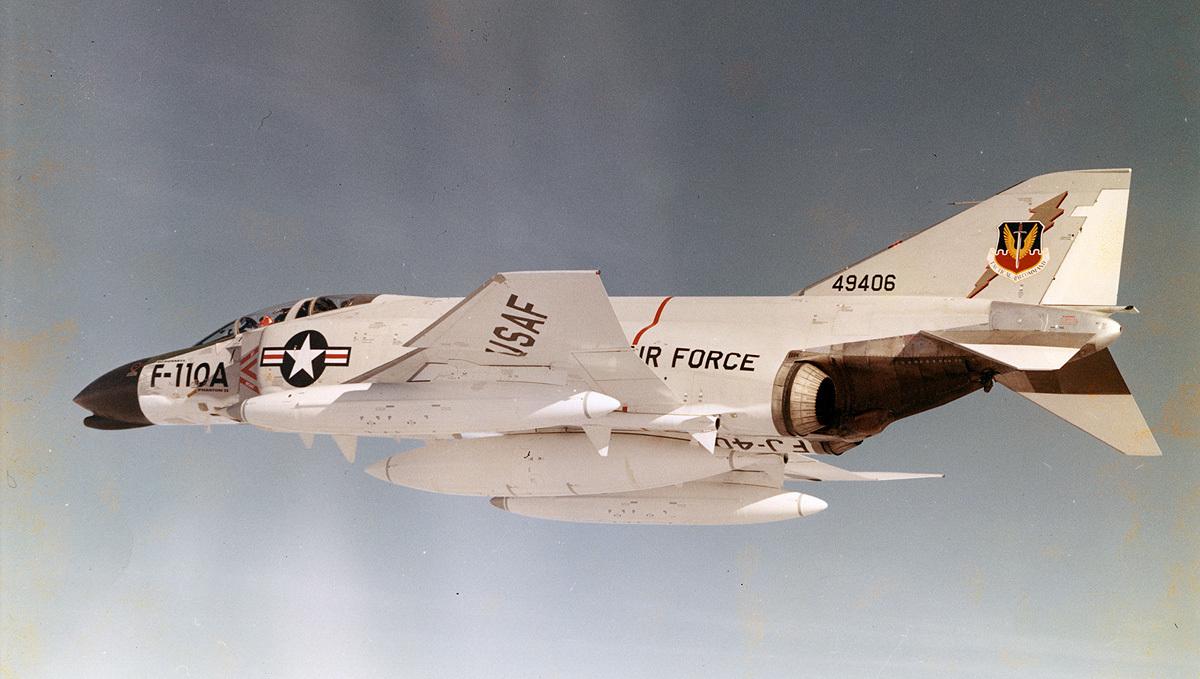 Before the F-4C: the F-110A Spectre, the Century Series Fighter that Never Was

27 F-4Bs were “bought” from the Navy order for S 147.8 m on the understanding that the Navy would have them back once the USAF’s Phantom variant, the F-4C (originally F-110A Spectre under the pre-McNamara designations) began to roll off the line

As explained by Peter E. Davies in his book Gray Ghosts, U.S. Navy and Marine Corps F-4 Phantoms, a small number of the first F-4Bs to enter Navy service also eased Phantom’s introduction to the USAF. Faced with the incontrovertible fact that it was better than any of the Air Force’s own fighters Tactical Air Command (TAC) borrowed two F4H-1s (BuNos 149405 and 149406) in 1962 for a seventeen-week evaluation. They toured USAF bases, including Bentwaters in the UK (BuNo 149406) during 1962 to show the troops what their new fighter looked like. The F-4B had already made an impressive debut at the Paris Salon the previous year. Both were formally transferred to the Air Force and given new serials (149406 became JF-4B 62-12169).

A further 27 F-4Bs were “bought” from the Navy order for S 147.8 m on the understanding that the Navy would have them back once the USAF’s Phantom variant, the F-4C (originally F-110A Spectre under the pre-McNamara designations) began to roll off the line. There were inevitable changes to the design for the production F-4C, but they were comparatively minor. Structurally, the wing root of the F-4B was thickened to accept wider (11.5 inch) wheels with anti-skid brakes on the main gear in place of the 7.7 “skinny” F-4B tires. Anti-skid brakes didn’t appear on Navy Phantoms until F-4J BuNo 157242 and up. Ground attack capability was enhanced by the AJB-7 bombing system, and cartridge-starting J79-15 engines were used. A control column appeared in the back cockpit, as both crewmen were regarded as pilots. The in-flight refueling system was converted to the standard Air Force flying boom system.

Under the command of record-breaking test pilot Colonel Pete “Speedy” Everest, the “borrowed” F4H- 1s equipped the 4453rd Combat Crew Training Wing at MacDill AFB, Florida, from Feb. 4, 1962, training crews for the 12th TFW until “real” F-4Cs began to arrive in November. RIOs, known initially as Pilot Systems Operators (PSOs) in the Air Force and later as Weapons Systems Operators (WSOs) found the removable control column in the rear cockpit an uncertain advantage. Unlike the F-4C’s stick it had to be unplugged and stowed before the radar controls could be slid out for use. Interestingly, “front seaters” were required to do time in the back to study the radar interception task. This twin-stick approach enabled the backseater to take control of the aircraft, but with no access to controls for the landing gear or brakes. The F-4C also had rudimentary throttle controls, but the backseater still could not land the aircraft alone.

The Air Force had some early adaptation problems with the F-4B’s Martin-Baker H5 ejection seats, which were more complex than anything they were used to. Two fatalities and a serious injury to MacDill personnel resulted from failure to appreciate that the “banana-link” mechanism located on top of the seat could initiate ejection if moved or compressed with the seat armed. In one case an F-4B’s seat which had been inadequately secured slid up the rail during a negative g maneuver, fired the canopy jettison device, departed the cockpit, and then slid back along the fuselage. Fortunately, the pilot’s parachute also deployed and he survived.

Like their Navy and Marines counterparts, the MacDill F-4 crews were on Alert during the Cuban crisis, though their effectiveness in action would have been limited by the fact that they had not begun weapons training at the time. However, Phantom crews from all three services were soon to find plenty of action, much further away in South East Asia.

The following video gives you a glimpse into TAC Evaluation of the F-110A. 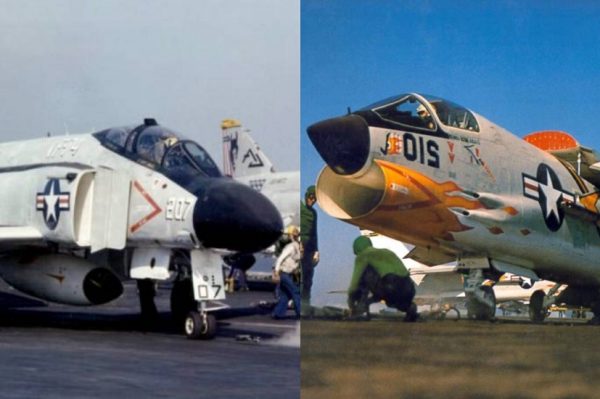 F-4 Vs F-8: the rivalry between the first “All-Weather Interceptor” and the “Last of the Gunfighters”