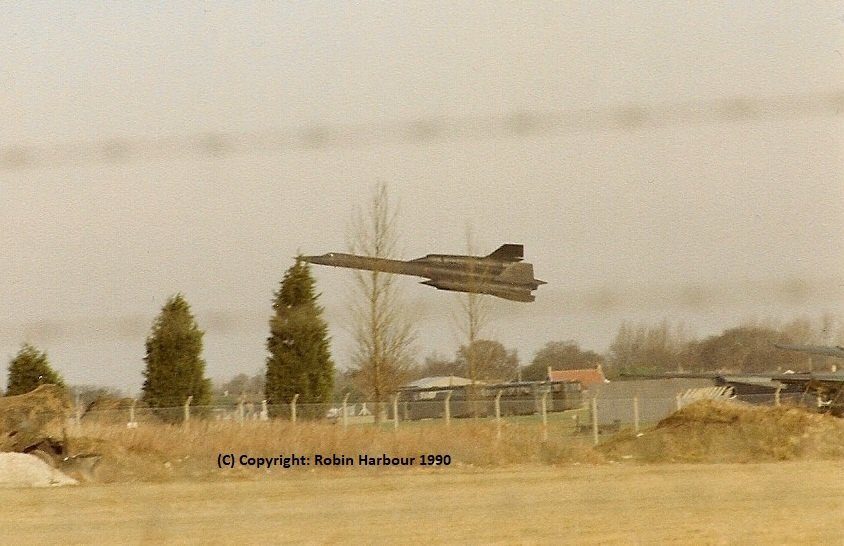 “The photo in this post came about because my young nephew at the time, was madly interested in aeroplanes, particularly Blackbird,” Robin Harbour.

Although I’ve never made any money from my photographs, I have always been aware of copyright issues and feel that every photograph should carry the photographers name with it as proof of “ownership”.  Sadly the internet is a place where some people think they can come along and freely “steal” both your images and words.

Until a couple of years ago, I had never really worried about anyone “stealing” my photographs from Facebook.  I first became aware that someone had “stolen” the photograph in this post in 2016, after I had posted it on one of the Facebook aircraft groups, when someone alerted me to it having been re-posted on a “fast jet” site without any mention of myself as its photographer.  I contacted the “thief” and also the half-dozen or so administrators of the site, only two of the admin team bothered to answer and apologise and said that they would have words, but I never heard back from said “thief”.

Then, earlier this year I came across my photo with a link to an article published on The Aviation Geek Club, it was being used in a totally unconnected article about a low-flying Blackbird. After Dario Leone, the founder of The Aviation Geek Club’s, told me it is quite popular, I was stunned.

I discovered that my photo has been re-posted many times over (all without my name attached to it, and in one case someone else claiming copyright) on Pinterest, Reddit, a fighter jet site, Imgur, Folio olio and Tumblr – and those are just the ones that Google has found, some of the posts have many more people saying that they are going to re-post it too, sadly only The Aviation Geek Club has since acknowledged my copyright of this photograph and added my name as copyright owner.

The actual photograph came about because my young nephew at the time, was madly interested in aeroplanes, particularly Blackbird.  In late 1989 I discovered that the penultimate Blackbird that was to leave the UK on its return to the US was to be on Jan. 9, 1990.  I fancied the idea of going along to photograph it, as I would obviously never see it at an air show again.  I then asked my sister if my then 10 year old nephew would like to go too.  Yes came the answer, that was it, we were going.

We set off early on the 9th and as we were travelling along the Northampton ring road I spotted a school bus, “are you supposed to be in school?” I asked.  “Yes” came the reply, “but mom’s phoning in to say I’m off sick”.  It hadn’t even crossed my mind.  Once at Mildenhall we set ourselves up along one of the fences and waited.  The plane took off and did two or three low passes before heading for home, my much re-posted photograph is of his last pass.  Just to make his day, I then took my nephew to IWM Duxford, where another of his favourites resided, Concorde.  I’m not sure how he kept his mouth shut about his “sickie”, but we both had an enjoyable day out and the time off never did him any harm, as he now has an MA in English Literature, and is the Senior Editor of an international publishing house and editor of numerous science-based journals. 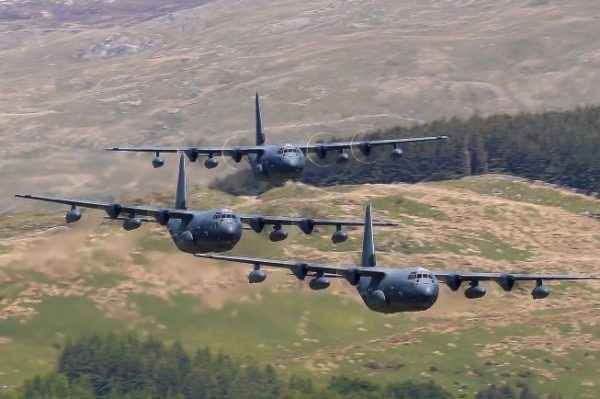