“It was a Sea Harrier going for Captain Robles’ aircraft. Almost simultaneously I saw fire in my mirror and immediately I felt the impact of a missile in my Dagger, which remained without controls,” 1st Lieutenant Luna, Argentine Air Force

A risky anti-ship mission conducted by the Argentinian Dagger fighters during the Falklands War.

On Apr. 2, 1982 the Argentine Navy and thousands of troops landed on the Malvinas/Falkland Islands, an archipelago located around 300 miles from the coast of South America and in dispute between this country and the UK. On May 1, British Operations on the islands began with the first Vulcan bombers raids and after twenty days of war, on May 21 the British landings on the Falklands took place.

Among the units which took part to the air raids there was also Escuadrón III Aeromóvil deployed to Naval Air Base Rio Grande in Southern Argentina and equipped with the Mirage 5A Dagger (how the FAA renamed its IAI Nasher examples purchased from Israel before the war). After the first sorties flew in the morning of May 21 that failed to cause any serious damage to the British ships, a second wave of attacks were launched in the afternoon. At 13.55 Cueca flight with Captain Mir González, Lieutenant Bernhardt and 1st Lieutenant Luna alongside Libra flight with Captains Cimatti and Robles took-off.

Shortly after the take-off, Cimatti Dagger began to leave a dense black contrail due to an oil leak and the pilot had to return home while Robles joined Cueca flight.

The Daggers had to reach the target area passing over the Hornby Mountains, but since they were covered by clouds the pilots were forced to find another way to the Royal Navy ships. As Robles explained in Santiago Rivas and Juan Carlos Cicalesi book, Latin American Mirages Mirage III/5/F.1/2000 in Service with South American Air Arms, “we flew along the hills until we found a small valley through which we could see the other side. We went through it. Now we were only three as we supposed Luna crashed against a hill… On the other side of the sound, at Ruiz Puente Bay/Grantham Sound we saw a frigate close to the coast. We started the attack thinking ‘For Luna’!” As they were flying very low over the water, the British ships opened fire on them. Mir González opened fire too with his guns and released his bomb 10m short from one of the ships, raising up a big wave that hit the hull of the vessel.

After González, Lieutenant Bernhardt dropped his bomb hitting the upper part of the ship. Then Robles released his ordnance and he passed very low over the antenna of the ship while his was turning. Afterward he saw a missile heading toward Bernhardt’s Dagger who was able to avoid by turning to the right. While the three Argentine fighters were heading home, their pilots clearly saw the frigate burning.

What they didn’t know is that Luna had not hit a hill, since when the Daggers were at only three minutes to the target, according to Luna himself five Sea Harriers intercepted their flight. But the bad weather forced the Argentine pilots to get through the valley one by one and Luna was the last. Next he saw a shadow passing above him and to his left, as he explains: “It was a Sea Harrier going for Captain Robles’ aircraft. Almost simultaneously I saw fire in my mirror and immediately I felt the impact of a missile in my aircraft, which remained without controls. I tried to climb and the aircraft turned upside down, I thought I would die. I left the stick and searched desperately for the upper ejection handle. I think I found it when I was again flying normally, as the ejection was normal.”

The Sea Harriers that intercepted the Daggers were driven by Lieutenant Commander Rod Frederiksen and by Lieutenant Andy Auld. So apparently the element of Sea Harrier which intercepted the Argentines didn’t consist of five aircraft, but it was made by just two fighters that were flying near King George Bay. The British aircraft were guided towards the Daggers by HMS Brilliant and once the Sea Harriers had the enemy fighters in sight, Frederiksen shot the Sidewinder that hit Luna who was then rescued by the islanders.

The ship hit by the Daggers was the HMS Ardent. The attack aircraft completely destroyed the vessel hangar, ship’s helicopter and the Sea Cat missile launcher thanks to the Mk 17 bomb delivered by Bernhardt, while the bomb delivered by Robles hit the ship but failed to explode.

Later the same day three Argentine Navy A-4Q Skyhawks hit Ardent with at least two bombs on the stern, a number of unexploded bombs which ripped into the hull, and several near-misses.

The air strikes conducted by Daggers and Skyhawks caused Ardent to sink the next day. 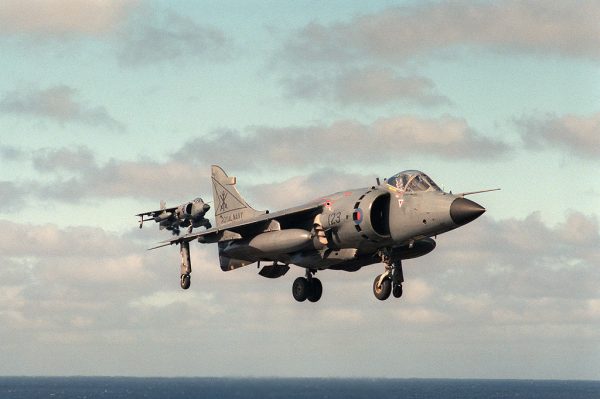 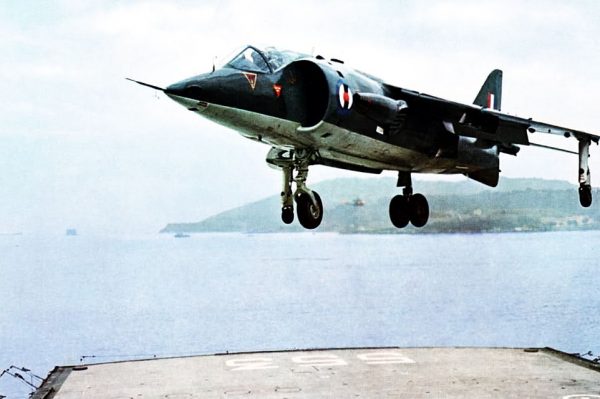