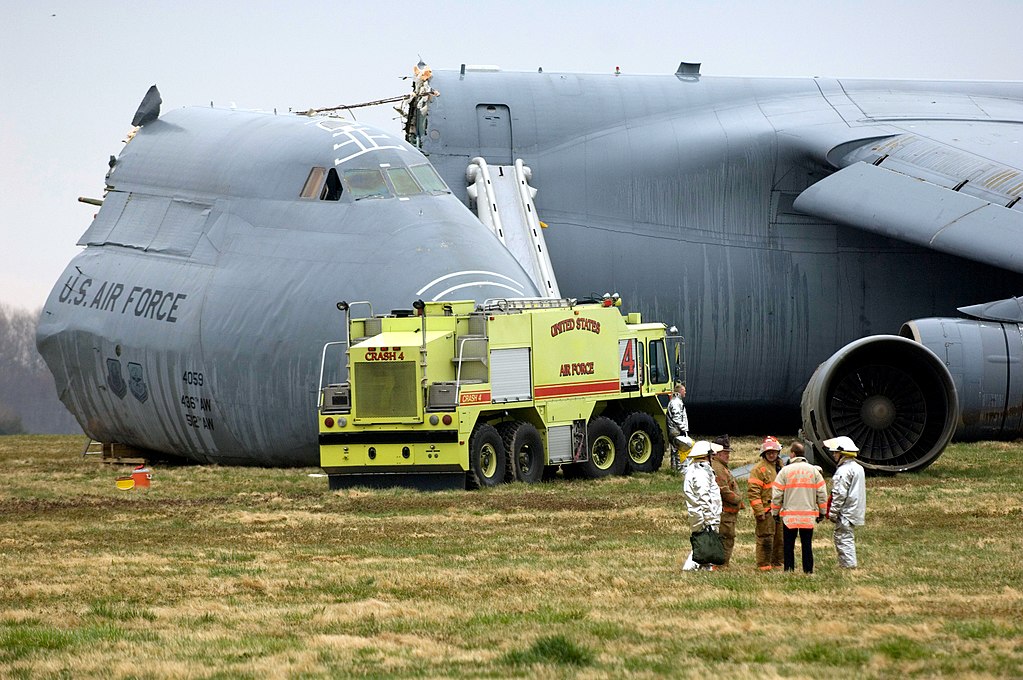 The pilot said they were slamming the throttles against the firewall, but they couldn’t get any more thrust and couldn’t understand why they could not. They still did not realize they had the wrong throttle forward

Effects of the crash varied with position in the airframe. Some of the few passengers and crew in the rear troop compartment initially thought the plane had merely made a hard landing.

Due to the whiplash effect of the tail contacting the ground first, the g-forces of the crash increased exponentially moving forward in the structure. This caused the fuselage to crack at the bulkhead that runs through the wall at the rear of the bunk rooms in the crew compartment.

The cockpit, as previously state, hit the ground at 35 g’s. Although the airframe absorbed much of that force, the pilots all suffered back injuries. A passenger loadmaster in the troop compartment slid down the emergency slide and walked forward to the cockpit to help one of the pilots painfully come down the crew ladder to the ground. He helped him hobble to lay down against a tree on the side of the field. The loadmaster asked what had happened. The pilot said they were slamming the throttles against the firewall, but they couldn’t get any more thrust and couldn’t understand why they could not. They still did not realize they had the wrong throttle forward.

In some ways, our command training method contributed to this crash. When practicing for three-engine procedures, we always used the worst-case scenario which would be an outboard engine, either #1 or #4. When performing the go-around, we had to leave that engine at idle, obviously, or it wouldn’t be a three-engine go-around.

For this crash, however, an inboard engine was out. We never practiced for inboard engine failure, but the habit pattern of leaving the dead engine throttle at idle power prevailed. While it would be hard to confuse an engine failure between #1 and #4, it could easily be confused between #2 and #3, and it was.

In retrospect, the training procedure should have been either to use all four throttles with one engine actually inoperative or to place the dead engine’s throttle forward on the firewall. One of these techniques probably would have saved this crew. Not having thought of the possibility is attributable to us and the command for not preparing for such an event.

A second consideration was the instrument presentation. The new glass cockpit configuration for the new “M” model C-5 had been installed prior to adding the new engines to the airframe. These instruments presented a “Throttle position” indicator above an engine performance indicator. Viewing the throttle position gauge showed three engines advancing, but this meant only the throttle position advancing, not necessarily the engine. The lower gauge showed only engines #1 and #4 had been advanced in power. This confusion provided conflicting information to the crew and contributed to the crash.

As the C-5 crew turned back toward Dover AFB in response to their engine malfunction, they could little realize they were about to fly to controversy, aviation lore, and disaster. There were unusual considerations, to be sure. They were very heavy, and care would be needed to touch down gently to avoid gear damage or failure. They were also on three engines, so depleted power capability would be a vital consideration. Airspeed would have hoarded and given back only at the last moment. For a crew with several greatly experienced individual members, these obstacles should not have provided significant difficulty. Yes, the storied accident chain of events had begun, heavy weight coupled with engine loss, but need not have gone farther. Yet, as we know, it did.

Lurking subconsciously were two distracting factors, the crew’s recent briefing on a hot brakes emergency a few months before, and the aircraft commander’s personality quirk that would erupt at just the wrong time.

The hot-brake imperative that seized the crew could have been overcome during the discussions of the emergency checklists that, catastrophically, were not run. Instead, the previous incident they had just been briefed on the day before seems to become their inappropriate priority.

Although there are many theories of the failures in this episode, I zero in on the aircraft commander, my protégé I had hired and protected for many years before I retired. He had revealed his personality quirk to me on his recommend ride for upgrade to aircraft commander in the descent to Hickam AFB, in 2004. As related earlier, when I chided him mildly for high airspeed in the descent, he stared me for a moment, then pushed the throttles up to max power before reducing them. He could not tolerate criticism or slights of any kind. His inexplicable throttle action provided a flashy maneuver to re-establish his prowess reputation despite the error he had made. When I finally, emphatically, confronted him about his airspeed a short while later, he shoved in full rudder to side-slip the plane, ludicrously and ill-advisedly, to decelerate and to make me forget his momentary airspeed lapse. I’ve suspected he knew he had this undesirable personality quirk. Perhaps this knowledge drove him to excel in all other areas to mask this chronic weakness.

His crucial mistake, as I have said, took place when approach control directed he would be placed on vectors to await the delayed fire trucks’ deployment. He protested to the crew that this was unacceptable, that, as an emergency aircraft, he should have priority! With that pronouncement, he canceled his instrument clearance to proceed visually and turned directly toward the runway. This allowed no time to run several emergency checklists, left the engineers scrambling to get the instructor to his station, failed to specify which flap setting would be used, and threw the cockpit into confusion.

There was no reason to force an expeditious landing, especially for the A/C’s pet peeve of supposedly being slighted by approach control. He had enough fuel to circle for hours to get his ducks in a row, but instead, in a fit of pique, made the fatal error to turn to final. Had he not done that, I estimate none of the resulting problems would have occurred. They would have briefed and established a partial flap setting, a corresponding approach speed, the need for gentle flare before touchdown, had all cockpit crew in position, and had everyone on the same sheet of music. Once the crew was tuned-up and attentive, the throttle mix-up probably would not have occurred, or, even if it did, would have been caught by an alert crewmember. The time compression of the turn to final left everyone scrambling to catch up. Then the flap confusion, followed by the throttle error, doomed them. Just before the crash, the engineers had just recognized on private interphone the several factors that had been confused but, as one of them said, “Well, it is too late now.” 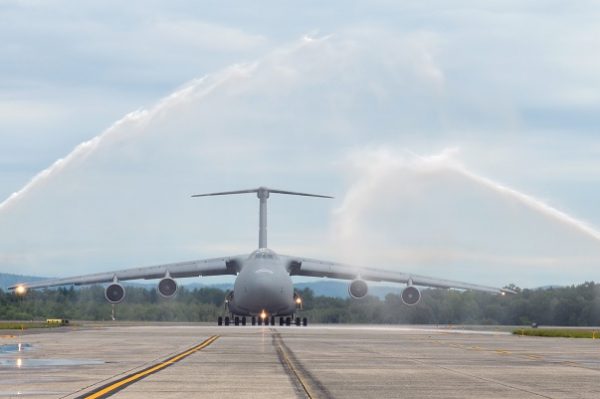