Log In Sign Up
Homepage Aviation HistoryAmerica Strikes Back: why the Doolittle Raid caused the Imperial Japanese Navy a tremendous loss of face 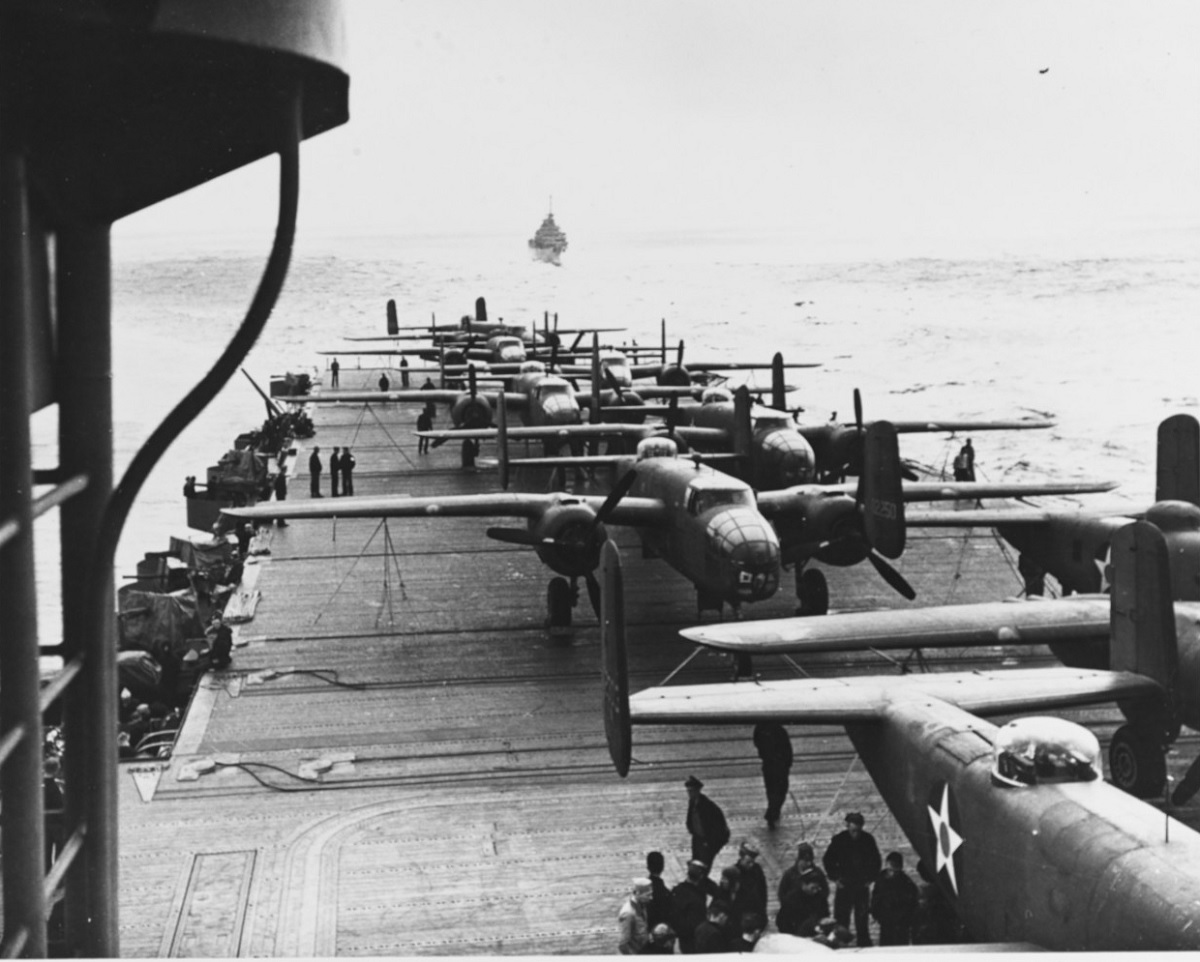 On Apr. 18, 1942, the US sent an air raid against Imperial Japan using a flight of 16 B-25 Mitchell Bombers led by legendary prewar Air Racer Jimmy Doolittle.

On Apr. 18, 1942, the US sent an air raid against Imperial Japan using a flight of 16 B-25 Mitchell Bombers led by legendary prewar Air Racer Jimmy Doolittle. Launching from the carrier USS Hornet, this was an early example of inter-service cooperation whose ripple effects far exceeded the damage inflicted on Imperial Japan’s home islands. Indeed, in many ways the raid would set in motion events which would turn the very tide of the war. This is the story of how the raid came to be, and its after effects on the course of the War.

The Doolittle raid had its genesis in American plans to bomb Japan which dated back to the days of the China Incident. During the formation of the American Volunteer Group, plans for a second AVG were formed, with the aircraft composing it proposed to be various types. Imperial Japan’s vulnerability to strategic bombing was widely noted even then, with firebombing cities an actively discussed strategy at the highest levels.

After the war began, the loss of Allied Air Bases resulted in several plans circulating. As noted in our prior post about Task Force Aquila, this plan took various forms, with the 12 B-17s and single B-24 of Haynes’s mission being supplemented by the independent and similar HALPRO project of 12 B-24s. At the start of the war, the largest concentration of B-17 Flying Fortresses in US Inventory had been amassed at Clark Field in the Philippines, but this force was severely mauled on Dec. 8, 1941, losing the half stationed at Clark to Imperial Japanese Navy bombing.

As early as Dec. 21, 1941, just 3 weeks after the start of the War, President Franklin Roosevelt called for the bombing of Imperial Japan during a meeting with the Joint Chiefs of Staff, noting that Japan should be bombed as soon as possible to boost Morale in the dark days following the Pearl Harbor attack. The President further noted such an attack could cause the Japanese to doubt their leadership and the war unleashed in the Pacific.

Thus, a way was needed to retaliate against Imperial Japan as it rapidly expanded its conquests in the Pacific. The “Eureka” moment occurred in Washington DC, as former Submariner Captain Francis Low noted twin engine Bombers operating off a simulated carrier deck at NAS Norfolk and proposed sending twin engine bombers off an Aircraft Carrier to Commander in Chief US Fleet, Admiral Ernest King. In a rare form of inter-service cooperation, Army Air Force Commander General “Hap” Arnold immediately agreed.

Thus, the stage was set for the original Joint Service Special Operation. The Doolittle Raiders extensively trained in short take off operations, and while doing so melded together as a Special Operations unit. The mission’s success was helped by Navy Instructor Pilot Lieutenant Henry Miller, who drilled the crews relentlessly until he was satisfied, they would be able to perform the mission.

Command of the Task force was given to Admiral Halsey, who led it from his flagship Enterprise. The raid itself would take off from the USS Hornet, as 15 aircraft were originally earmarked, with a final 16th added just before Hornet cleared the Golden Gate Bridge Westbound. Hornet was the newest carrier in the American fleet, an improved version of her sister ships Yorktown and Enterprise. As such she would carry the Doolittle Raider B-25s Topside while her air group remained stowed below in her hangar. Halsey’s Enterprise would provide escort and air cover through the mission until the bombers were launched.

As the force approached Imperial Japan, they confronted a series of picket vessels approximately 650 miles off the home islands. Enterprise SBD Dauntless dive bombers and the cruiser USS Nashville managed to sink one, the Nitto Maru, but as the force’s cover was now blown, the decision was made to launch the raid at the very limits of the bomber’s endurance.

Taking off first, Doolittle led the raid, which inflicted minimal physical damage upon Imperial Japan, but a major psychological blow. The fact the raid was able to be launched caused the Imperial Japanese Navy a tremendous loss of face in a culture where status and protocol meant EVERYTHING. With the Imperial Navy responsible for the defense of Japan, the Navy had FAILED its duty to protect the home islands.

The Doolittle Raid directly influenced operations to further secure Imperial Japan’s defense perimeter. The might of the Imperial Navy, which had ranged as far west as the Indian Ocean, was recalled to home waters and organized into a series of further Operations. Carrier Division 5, with Shokaku and Zuikaku, were ordered to cover an Amphibious operation set to capture Port Moresby, New Guinea from the sea, while Combined Fleet Commander Admiral Yamamoto Isoroku planned to neutralize the threat of the Pacific Fleet by seizing a base in Midway.

On the Allied side, the raid was not without its costs. Nationalist China suffered hundreds of thousands of dead, as Imperial Japanese army forces undertook a major offensive to deny the use of airfields which could threaten the home islands. Task Force Aquila was also denied the use of these fields. On the Navy side, the Hornet’s Air Group was able to fly a minimal number of training sorties during their ship’s use as a launch platform, something which would cost them dearly in the carrier battle to come.

The Doolittle Raiders themselves lost every bomber sent, with the sole surviving aircraft interned in the Soviet Union along with its crew, and eight raiders captured by the Japanese, 3 of whom were executed. Pilot Ted Lawson lost his leg, and a Hornet flight deck crewmember lost an arm to a B-25 prop, so it can truly be said participants in the Raid literally paid an Arm and a Leg for the Mission to succeed.

Doolittle himself thought he would be court martialed for the loss of his command’s aircraft but instead was promoted two grades from Lieutenant Colonel to Brigadier General. He would also be awarded the Medal of Honor from President Roosevelt himself. The President basked in the news, as did the Allies. When asked where the raid had come from, he quipped “Shangri-La,” after the timeless land of the novel Lost Horizon. Later the Navy would name an aircraft carrier for this fictional place, a fascinating instance of fiction influencing history.

Was the raid worth the effort? Historians can debate endlessly about whether it was worth the cost, but it did give the Allies hope during a dark time, and its ripple effects led to a battle which would smash the mightiest Carrier Fleet yet assembled, so our answer is a resounding YES.

Thus, the stage was set for the first Carrier vs Carrier battles in the Pacific, all because of a raid Imperial Japan’s propagandist Tokyo Rose derided as the Do-Nothing Raid.

Original newsreel of the Doolittle Raid. Warning, Period Language as it was a WARTIME newsreel. 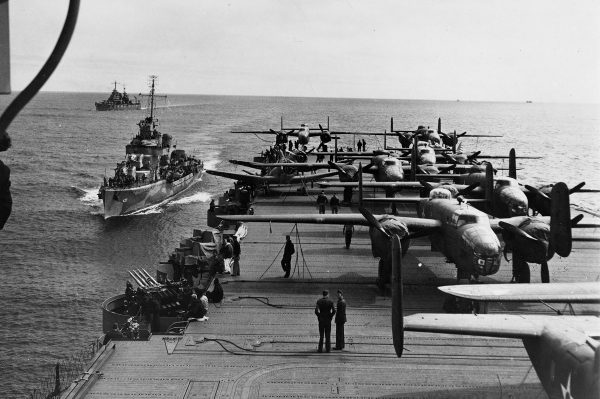 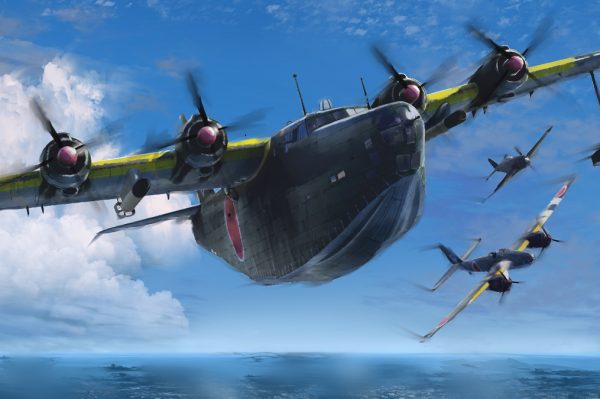 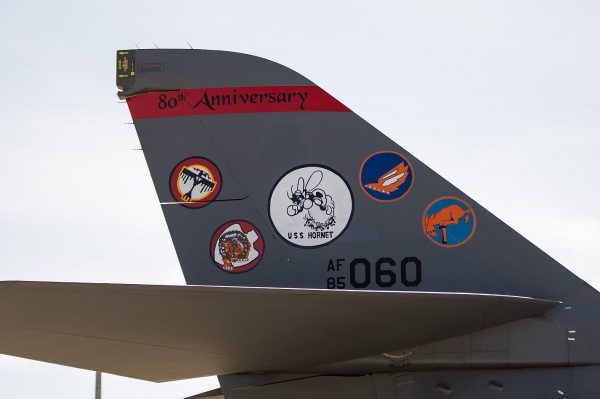