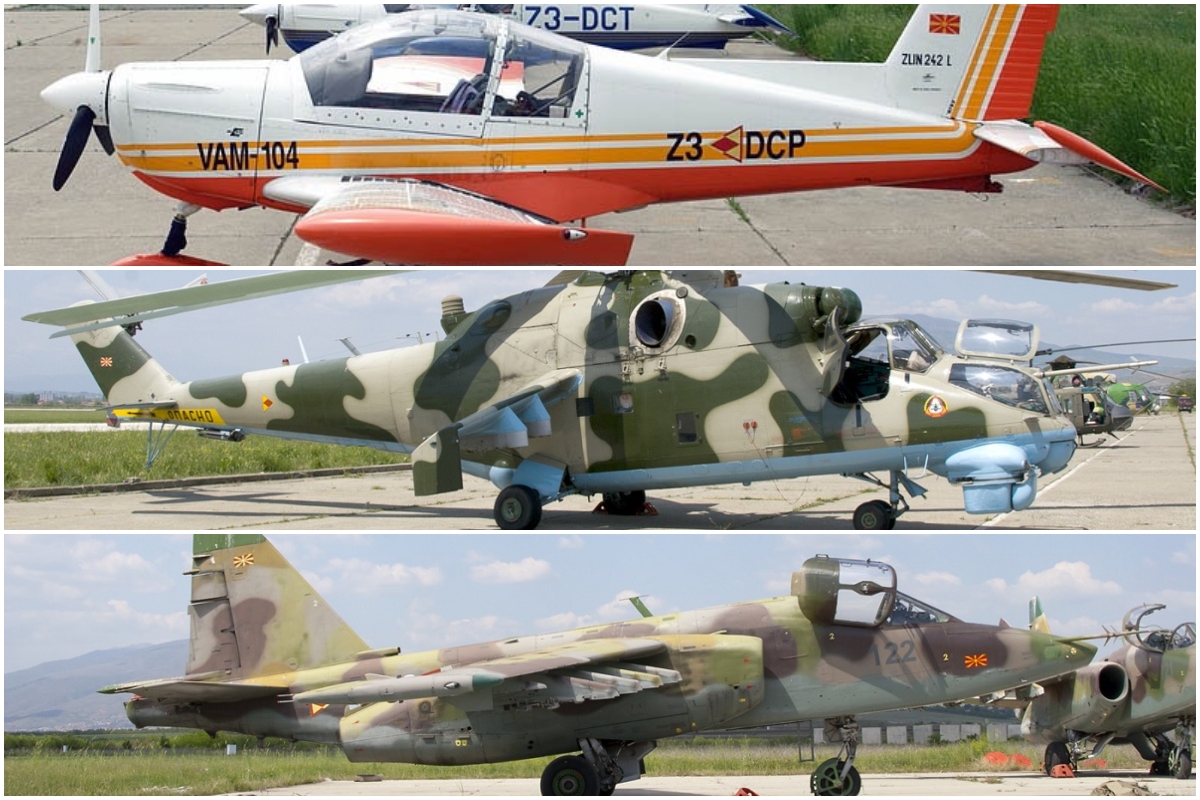 Mi-24V helicopters, piloted by foreign pilots, proved to be the most important air asset used in combat.

After the conflict in Kosovo, which ended in the summer of 1999 after several days of air strikes on Yugoslavia, the fighting in the countries of the former socialist country in the Balkans did not stop. Fighting broke out in January 2001 in the former Yugoslav Republic of Macedonia, now known as Northern Macedonia, which unlike the other federal republics left the former socialist federacy without a conflict. Although it was mostly a ground operation by the Macedonian army and special police against Albanian separatists operating in the north of the country, the air force also intervened to a lesser extent.

Macedonia’s Air and Anti-Aircraft Forces (as the country’s air force was initially named), had only a weak fleet during the country’s declaration of independence from the Yugoslav federation in 1992. In 1991, during the outbreak of war in Yugoslavia, the Yugoslav Air Force in Skopje, the capital of North Macedonia (Skanska Petro vac and Kraljevo airports) housed the 98th Air Brigade, consisting of 241st and 247th fighter-bomber squadrons, armed with J-21 Jastreb and J-22 Orao ground attack aircraft and the 354th Reconnaissance Squadron armed with the reconnaissance version of Jastreb IJ-21. The entire brigade was operationally withdrawn from Macedonia at the turn of 1991 and 1992. Organizationally, the Macedonian Air Force was established in June of that year and inherited from its inventory only one piece of four-seat Yugoslav training aircraft Utva-66 and four two-seater Utva-75 A21. These machines did not originally belong to the Yugoslav Air Force, but the Macedonian Air Union, which lent the aircraft to the newly formed Army Air Force for training purposes. North Macedonia had problems with arming and expanding its military aviation inventory due to the conflicts in Croatia and Bosnia and Herzegovina – UN Resolution 713, adopted in September 1991, imposed an arms embargo on all countries of the former Yugoslavia (including the later independent Macedonia). Macedonia perceived the embargo as unfair, as it was the only country to secede from the federation peacefully. Despite the embargo, the government bought four Antonov An-2 transport biplanes from Ukraine, but due to the international sanctions, it still had civil registration. In 1995, the purchase of four Zlin 242L training aircraft from the Czech Republic followed.

Macedonia was exempted from the embargo in 1996, and four Mi-17 helicopters purchased from Ukraine were the first new aircraft purchased for the country’s air force. Other possible machines for the planned modernization of the Macedonian Air Force were the L-39MS Albatross, used F-5 fighter jets from Turkey, used MiG-21bis fighter jets and Mi-24D attack helicopters from Bulgaria, as well as used Bo-105M helicopters from Germany. None of these plans came true.

Broke out of the conflict

After the Yugoslav army left Kosovo and the country was occupied by KFOR troops, the Kosovo Liberation Army was disbanded. However, its former members established similar organizations – in the south of Serbia, the Liberation Army of Prešev, Medvedjo and Bujanovac was formed, and in the north, the Macedonian National Liberation Army. From the beginning, it carried out only minor attacks on police stations and border buildings north of Skopje as early as 2000. The intensity of the fighting culminated in March 2001, when the army and the air force were fully called up to fight the terrorist group. Due to the lack of own observation aircraft, the turbulent area was monitored by the UAV of the KFOR participating states – the US Air Force used MQ-1 Predator machines from the 11th Reconnaissance Squadron located in Skopje, which was later replaced by Israeli RQ-5 Hunters from the Task Force Hunter. The German army contributed to the survey of the UAV type Luna X-2000.

During the program of necessary modernization of its fleet, the Macedonian Air Force received four Mi-8MT helicopters from Ukraine, which originally served in the KFOR mission in Kosovo, along with two Mi-24V helicopters. During 2001, Ukraine supplied Macedonia with four more Mi-24 helicopters (two in April and two in September) and four Su-25s (three Su-25Ks and one Su-25UB), which became the first combat aircraft in service with the Macedonian Air Force. Deliveries from Ukraine were completed with the delivery of Mi-24Ks intended for reconnaissance and artillery guidance in December of that year. Greece delivered two UH-1H helicopters during 2001. There was also talk of an alleged purchase of two Kamov Ka-50 helicopters from Russia, six J-21 Jastreb fighters from Serbia, six MiG-29 fighters from Ukraine, a Britten-Norman BN2T-4S Defender reconnaissance aircraft from an unspecified country, or even an unspecified number of F-16C/Ds from Turkey. However, the Ministry of Defense of Macedonia denied these reports.

Among the first combat missions of the Macedonian Air Force was support during the counter-offensive of government troops north of Tetovo on Mar. 25. During the counter-offensive, the army used Mi-17 and Mi-8MT helicopters for faster transport of infantry units. Despite the high number of FIM-92 Stinger and Strela-2M anti-aircraft mobile weapons available to Albanian separatists, no helicopters were lost. One Mi-17 was lost on Mar. 17, when the blades of the rear rotor crashed on the flagpole during take-off from the Popova Šapka ski resort.

The Macedonian Air Force used its only jet aircraft for a short time. Four Su-25s (three Su-25Ks and one Su-25UB, originally owned by the Belarusian Air Force) were delivered to Macedonia from Ukraine in June 2001. Due to the lack of trained pilots within the service, the “Frogfoots” were piloted by Ukrainian mercenary pilots. On Jun. 23, the Sukhois undertook a reconnaissance flight over the village of Aračinovo near Skopje, where a fierce fighting was taking place. Sukhois took off from the air base in Petrovec. Later, Su-25s undertook a single combat flight during their time in the Macedonian Air Force. In August, Albanian separatists managed to capture a T-55 tank from the Macedonian army. In order to destroy it, three Sukhois made a combat flight on Aug. 12. According to the available data, the machines attacked the tank using unguided 57 mm missiles, but without success. By the end of the fighting in November 2001, the Frogfoots had conducted several more reconnaissance operations, mostly in the company of Mi-24 helicopters, but no direct combat activity. After the conflict, the Su-25s were incorporated into the armament of the 101st Squadron, where they served until 2003. The short operation of the Frogfoots, which were the only jet fighters in the country’s air force, ended due to a lack of pilots and spare parts for the aircraft.

The Macedonian Mi-24s were same as the Mi-8MTs, Mi-17s and Su-25s delivered from Ukraine. For the Ukrainian Mi-24, the conflict in Macedonia was not the debut – twelve Mi-24s (versions Mi-24D and Mi-24V) were delivered to Croatia in 1993 and 1994. Due to the ongoing UN embargo, the machines were delivered as rescue helicopters, with the equipment mounted on the choppers shortly after their arrival in Croatia. Croatian Mi-24s took part in the fighting against local Serbian separatists during Operation Storm in August 1995. Several originally Ukrainian Mi-24Vs were also delivered to Yugoslavia in 1998, when they became less involved in the conflict in Kosovo. After the conflict, they served only briefly in the Yugoslav Air Force. The first Mi-24s were delivered to Macedonia on Mar. 23, 2001. As in the case of the Su-25 and because the Macedonian Air Force had only two crews qualified on the Mi-24, the “Hinds” of the Macedonian Air Force were initially piloted by hired pilots from the post-Soviet republics. The first combat operation of the Mi-24 was a combat flight against the positions of Albanian separatists north of the city of Tetovo on Apr. 2. According to available sources, the use of Macedonian Mi-24s in the fighting in the summer of 2001 was so intense that they allegedly ran of all 57 mm missiles that were then in the country. Macedonian Hinds also used about 40 Shturm-V anti-tank missiles during the conflict, sometimes during night attacks. During the fighting for the village of Aračinovo, which began on Jun. 21 at 4:30 in the morning, the Mi-24 also dropped four 250 kg bombs. During attacks on ground targets, Hinds crews often used flares to prevent Albanian militants from shooting down helicopters with various MANPADS. After the conflict, Mi-24‘s versions K and V became part of the 201st anti-armour helicopter squadron. The Mi-24Ks were later decommissioned and currently the Macedonian Air Force is armed with four Mi-24V helicopters, modernized by the Israeli company Elbit.

The conflict in northern Macedonia ended in November 2001, resulting in the dissolution of Albanian separatist troops. During almost a year of fighting, the Macedonian Air Force lost only one Mi-17 helicopter, but it was not lost directly during the fighting. The exact number of Macedonian Air Force flights during the conflict is unknown. However, the air force of North Macedonia was able to successfully support ground troops in the fight against local Albanian separatists in a relatively short time. Mi-24V helicopters, piloted by foreign pilots, proved to be the most important air asset used in combat. The Su-25K and Su-25UB attack aircraft were not used frequently for logistical reasons and were used only once directly against ground targets. Northern Macedonia also experienced smaller skirmishes with the Albanian minority in 2015 – fortunately their extent was not the same as in 2001, and in this case the air force did not have to intervene.

Photo credit: Mi-24K and Su-25Ks Rob Schleiffert via Flickr and Skopski Petrovac, Own work via Wikipedia 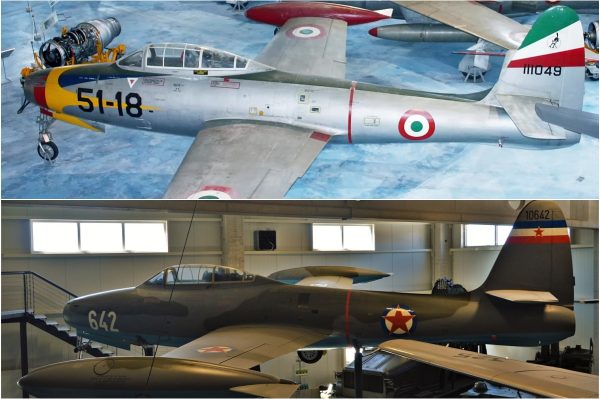 Italian F-84Gs Vs Yugoslav F-84Gs: how Italian and Yugoslav Thunderjets almost fought each other during Trieste crisis’s air war that never was 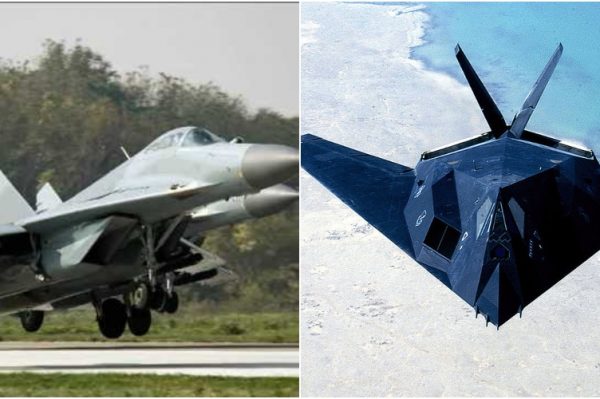 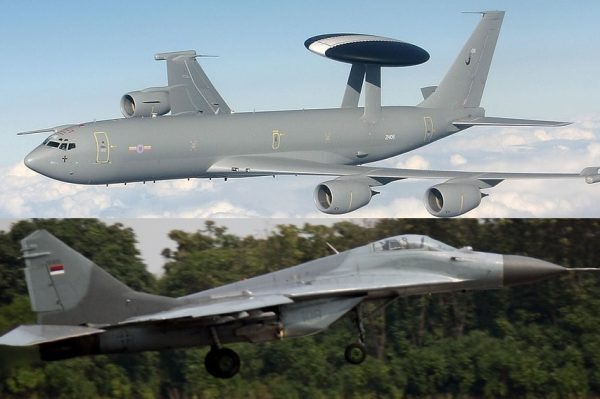