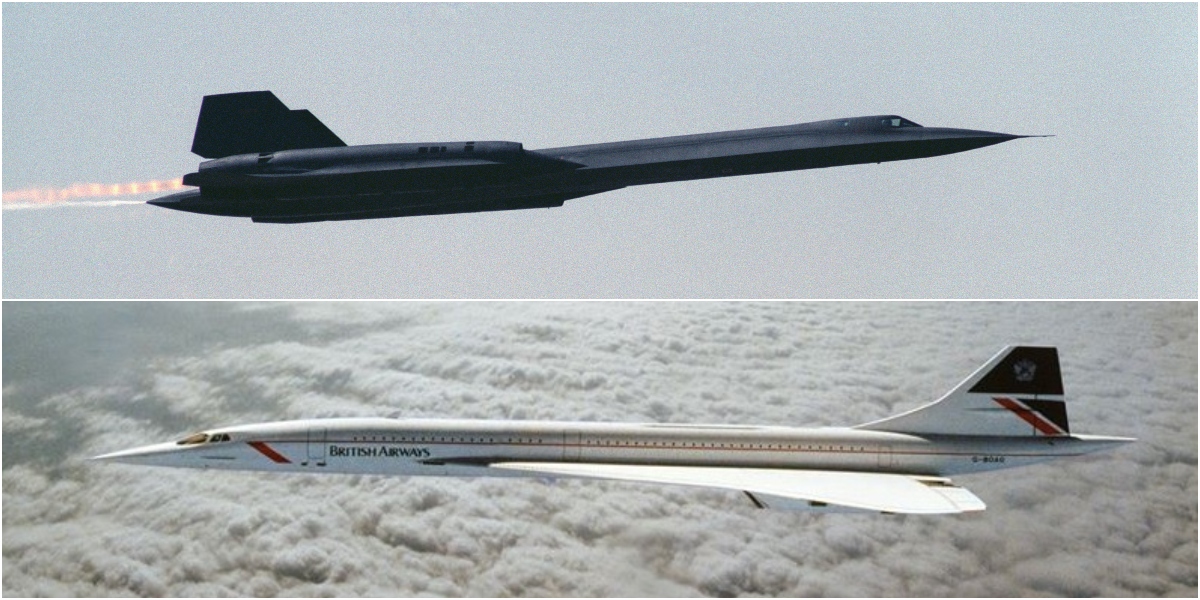 ‘I have a Concorde operating westbound on a conflicting route with you at 60,000ft. I need 4,000ft vertical separation. Do I have it?,’ Pete Clarke, former air traffic controller.

The Aérospatiale/BAC Concorde was a British-French supersonic passenger jet airliner. It had a maximum speed of Mach 2.04 (1,354 mph or 2,180 km/h at cruise altitude, over twice the speed of sound), with seating for 92 to 128 passengers. The aircraft entered service in 1976 and continued flying for the next 27 years.

The aircraft flew at a cruising altitude of 60,000 ft., from where passengers could see the curvature of the Earth. According to Aerotime.aero, in the same altitude bracket flew the US Air Force (USAF) SR-71 Blackbird spy plane. During the Cold War, pilots of the Concorde were asking air traffic control to move the SR-71 out of its way so it could proceed to New York’s JF as well as other destinations.

‘If you type the above subject into your internet search it comes up with stories referring to a possible conflict between an Air France Concorde and an SR-71 which many doubt actually happened.

‘The following DID happen as I was the controller.

‘I have read an account from a Concorde captain on the BBC News site a few years ago who was being interviewed about Concorde after it had been taken out of service. He narrated this story as it was unique for it to be suggested Concorde could possibly be in conflict at the altitude it cruised.

‘There is also a documentary that has appeared on the “Quest” TV channel about the SR-71 Blackbird during which one captain relates this story from his perspective.

‘Here is my version.’

Flying between 55,000 to 60,000ft Concorde was above the subsonic jet aircraft. It was given this vertical profile of 5,000ft as the actual altitude the Concorde would level off at depended on the actual temperature on the day. This temperature could also vary during the crossing so the aircraft would adjust altitude accordingly. One or 2 executive jet aircraft could possibly reach 43,000ft on a good day but they were still not a problem to Concorde. On one particular day, however, I did control another aircraft that could more than match Concorde both in speed and altitude, the American military SR-71 Blackbird Mach 3+ spy plane. Sometimes military aircraft crossing the Atlantic would have a reserved route kept clear for them in order for formations of jets to refuel en-route, as necessary, from an accompanying tanker.

The SR-71 had more than sufficient range for the crossing and was operating solo. Although we would control many American subsonic aircraft like the C-141 or C-17 heavy cargo aircraft or maybe even troop carriers on our Track system they would not communicate with our HF radio station near Shannon. Instead they would use an American military HF radio station (Croughton) in Oxfordshire. Like most military units they had a regular change of staff so, generally, the radio operators had very limited experience of the operations they were handling. Keep it simple for them and it was OK. Anything out of the ordinary and it caused much confusion.

I was controlling a westbound Concorde just entering my airspace when I received details of an SR-71 coming eastbound on a route that would conflict with Concorde. The SR-71 did not always fly supersonically, it was doing less than Mach 1 on this day, but it was still at a very high altitude. I had been told it was “above 600”, i.e. above 60,000ft. Concorde was operating up to 60,000ft and the vertical separation standard at that altitude was 4,000ft.

I sent a message to the American radio operator to ask for the exact altitude of the SR-71. A few minutes later the answer came back, “Above 600.”

I telephoned the radio operator explaining I needed the exact altitude. The radio operator’s response was, “I’ll patch you through.” The operator had a facility to operate a 2-way switch on the radio. Push it one way and you could transmit over the telephone, switch it the other way to receive. At the end of each transmission you had to remember to say “Over’ in order for the radio operator to know when to flick the switch.

I was now talking directly to the pilot of the SR-71. “This is the Shanwick controller, confirm your altitude. Over.”

Me, “I need to know your exact altitude. Over”

Me, “Am I to understand you are unable to give me your exact altitude? Over”

(These aircraft had a stealth capability and could fly at very, very high altitude, often above 70,000ft. They did not, however want anyone to know exactly at what altitude they were flying so would switch off their radio signal that would indicate altitude to a radar operator once they climbed.)

Me, “OK, I have a Concorde operating westbound on a conflicting route with you at 60,000ft. I need 4,000ft vertical separation. Do I have it? Over”

Just another little moment to brighten my day.