Log In Sign Up
Homepage Aviation History50 YEARS OF HARRIER: REMEMBERING THE FIRST FLIGHT OF THE ICONIC JUMP JET 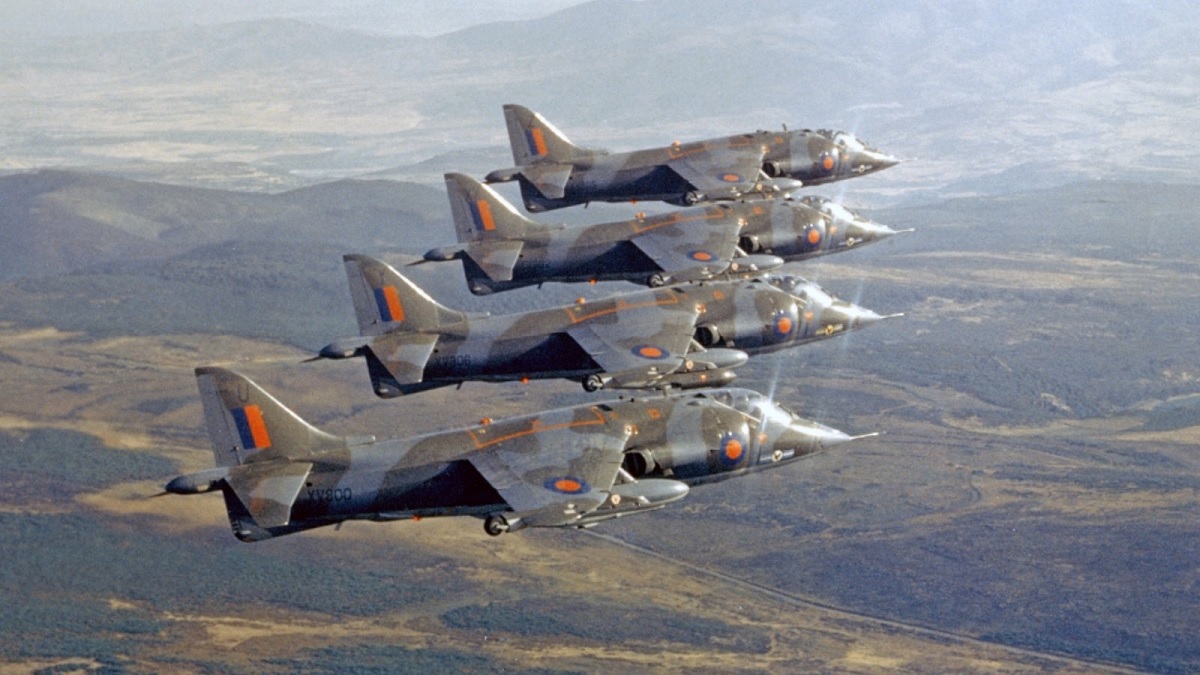 Still in service as AV-8B with the U.S. Marine Corps (USMC), Italian and Spanish Navies, the British-designed Harrier changed aviation when it became the only successful STOVL military jet following its development in the 1960s.

The first Royal Air Force (RAF) Squadron to be equipped with the Harrier GR.1 was RAF No.1 Squadron at Wittering who when they received their aircraft in April 1969 signalled the beginning of over four decades of RAF Service.

A demonstration of the Harrier’s capabilities was exhibited in May 1969 when two aircraft took part in the Daily Mail Transatlantic Air Race, flying between St Pancras Railway Station in London and Downtown Manhattan in the U.S. (with the use of aerial refuelling) – The Harrier completed the journey in just 6 hours and 11 minutes.

The aircraft would go on to serve with the U.K. and several military forces worldwide, and in the form of the Sea Harrier became a carrier-based aircraft.

In service with the RAF, Harrier was strategically positioned and the bulk of the fleet were stationed in West Germany to defend against a potential invasion of Western Europe by the Warsaw Pact forces.

Harrier’s unique abilities allowed the RAF to disperse forces away from vulnerable airbases, often hidden in wooded areas whilst on exercises or on genuine deployment. Harrier Squadrons saw several deployments overseas as the aircraft’s ability to operate with minimal ground facilities and very short runways allowed its use at locations not available to conventional fixed-wing military aircraft and brought a completely new dimension to battle planning.

A true symbol of great British ingenuity and engineering skills, the legacy of the Harrier lives on by helping inform the technology that’s being used today in the F-35 Lightning II STOVL variant. 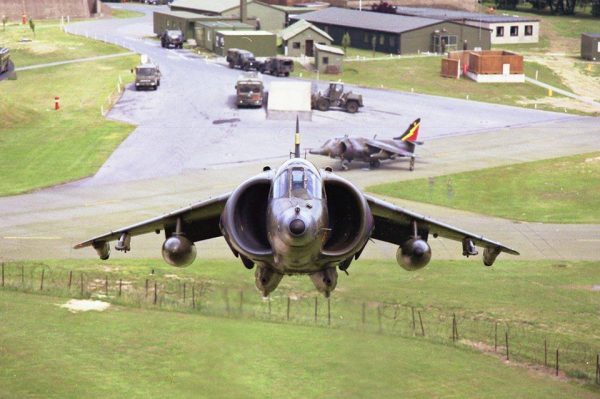