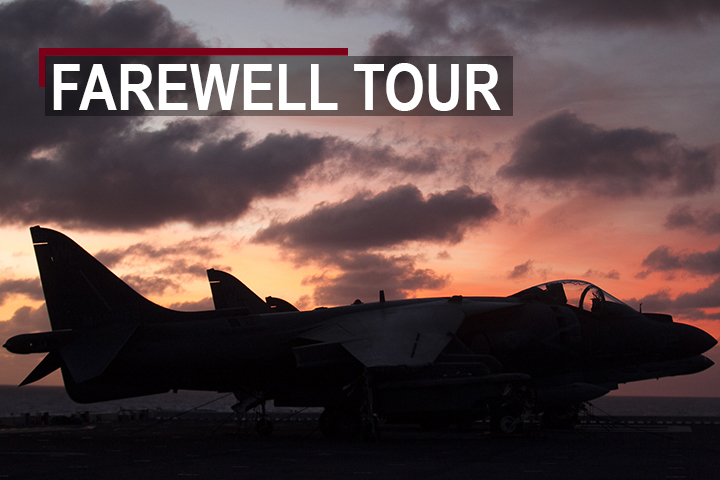 The AV-8B, which has been in active service in the Marine Corps since the 1980s, is a stalwart for Marine expeditionary units: in fact it has provided a flexible, task-oriented platform to support MEU ground operations since its inception

The squadron is currently deployed to the Indo-Asia-Pacific under the unit deployment program, but will soon return to its home at Marine Corps Air Station (MCAS) Yuma, Arizona.

As explained by Staff Sgt. T. T. Parish, 31st Marine Expeditionary Unit, in the article Veteran pilot, Houston native, recalls Harrier’s success during jet’s farewell tour, the AV-8B, which has been in active service in the Marine Corps since the 1980s, is a stalwart for Marine expeditionary units: in fact it has provided a flexible, task-oriented platform to support MEU ground operations since its inception. But after more than 30 years in the hangar bays and atop the flight decks of U.S. Navy vessels across the globe, the time has come for the next generation of fixed-wing support of the 31st MEU.

“The Harrier has been supporting the 31st MEU [for a long time], so it’s a little odd to think that they won’t be in the Western Pacific anymore,” said Maj. Matthew Pasquali, a Harrier pilot, a combat veteran of four deployments to both Iraq and Afghanistan and VMA-311’s aircraft maintenance officer.

The Harrier, based on the British-designed Hawker-Siddley Kestrel, entered service in the Marine Corps in the 1980s. Its twin intake Rolls Royce engine produces more than 23,000 pounds of thrust, enough to rocket the sleek 24,000 pound aircraft into flight in less than 844 feet, the length of the Bonhomme Richard. With a maximum speed of nearly 650 miles per hour and a range of 2,400 miles, the Harrier has extended the reach of the Marine Corps across entire regions and strategic sea-lanes during the last three decades.

“The biggest opportunity the 31st offers is the chance to do multiple exercises with partner nations,” said Pasquali. “Over the course of two 31st MEU deployments, I’ve been involved with exercises in mainland Japan, Okinawa, Thailand, the Philippines, Korea and Australia. This training allows us to see how our allies operate, test out our tactics and procedures, and get exposure to operating in various climates.”

The experience of an AV-8B Harrier take-off, known only to the relatively small Harrier pilot community, is reminiscent of a rocket launch without all the smoke – a violent sounding though controlled and precise exercise that pushes the boundaries of what the Wright brothers might have imagined when they first took flight.

“On the [flight deck] I’m usually running through the takeoff checks in my head, making sure I think about what I’m doing during the takeoff roll and airborne,” said Pasquali. “It’s almost always a bit of a thrill going from the confines of the boat to the freedom of being airborne; chaos to tranquility if you will – at least in the daytime.”

As told by Parish, at its inception, the Harrier replaced other less capable, though no less formidable, Marine Corps fixed-wing jets. The AV-8B, technically a vertical/short takeoff and landing aircraft, combines maneuverability, adaptability, reliability and inherent combat-power into its 46-foot frame. It launches into flight in roughly seven seconds, using the aft-facing sea breeze to generate lift beneath its 30-foot wingspan, to provide close-air-support (CAS) to ground troops with one 25 mm cannon and up to 9,200 pounds of ordnance.

It has supported training, operations and combat almost continuously, but as Marine Corps aviation continues to grow and evolve, the Harrier will eventually enter the annals of Marine Corps history.

Its successor, the so-called 5th generation fighter jet, the F-35B Lightning II Joint Strike Fighter, is scheduled to replace the Harrier with the 31st MEU sometime in the near future. 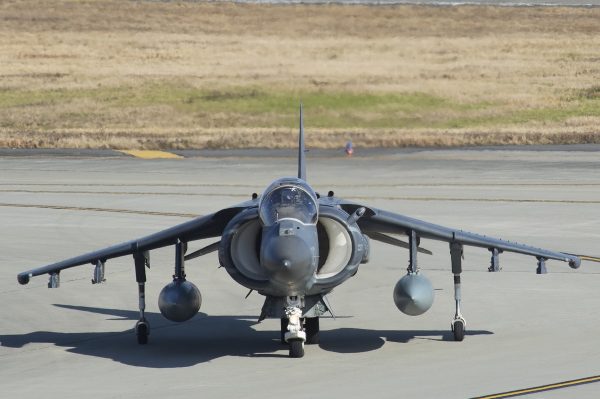 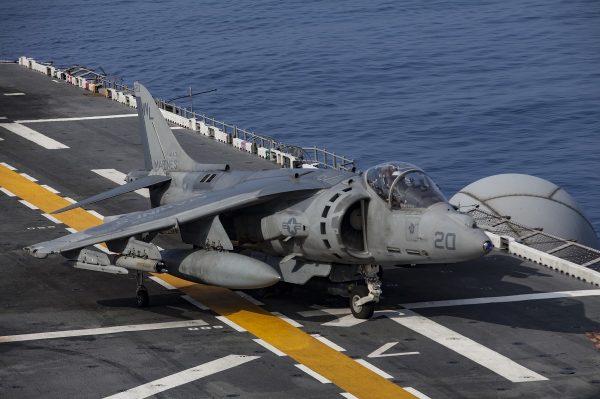