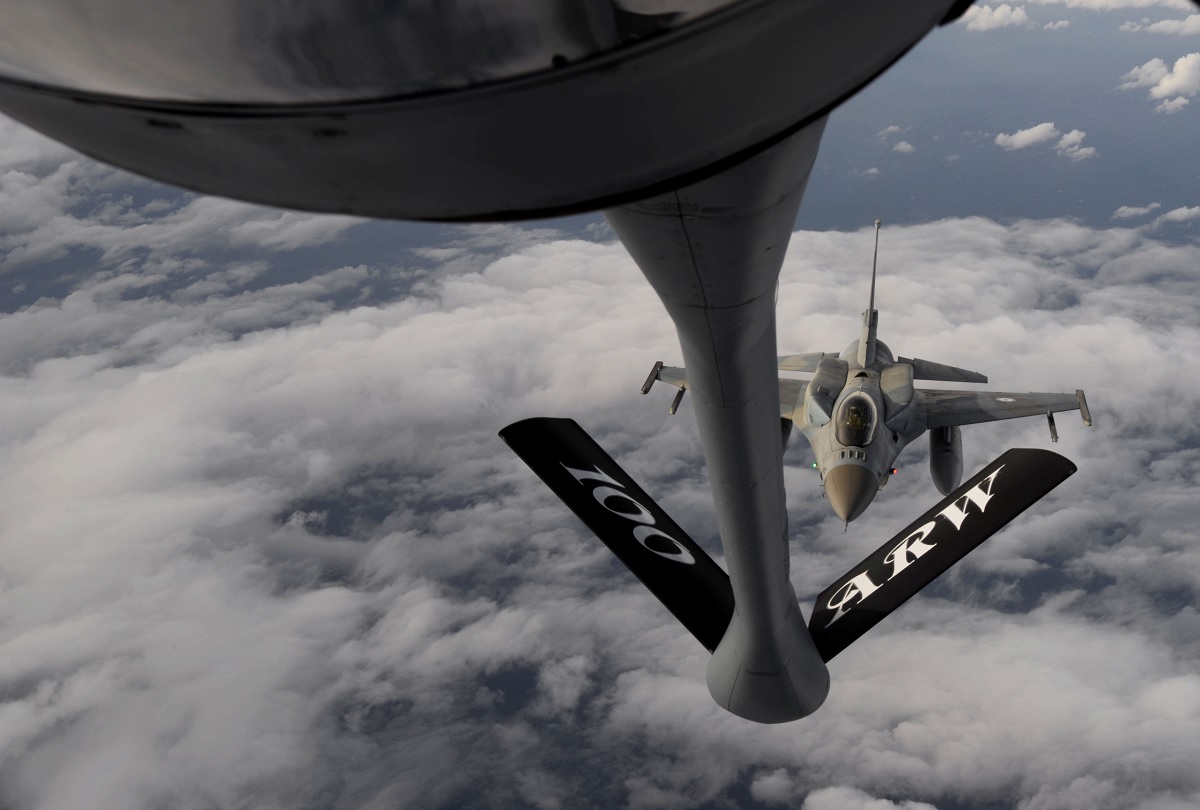 As told by Airman 1st Class Tenley Long, 100th Air Refueling Wing Public Affairs, in the article Bloody Hundredth demonstrates reach, builds partnerships in Greece, training commenced from the moment the wheels of the KC-135 Stratotanker landed at the Athens International Airport in Greece. Actually this was the first time landing at an international airport for all the pilots on board the KC-135.

“This alone allowed for all the pilots up front the chance to see how international airport operations are conducted,” said Capt. Richard Jackson, 351st Air Refueling Squadron (ARS) aircraft commander. “On top of that, conducting air to air refueling with the Hellenic Air Force was a huge opportunity for us to gain training for our boom operators in the back.”

The HAF benefitted from this training as well, allowing 22 pilots the opportunity to practice aerial refueling hook ups.

“We started off a little rocky, with a 30 minute delay, but after we took off everything was on par with the timing,” Jackson said. “We arrived on our refueling track and completed aerial refueling with the F-16 pilots from the Hellenic air force. We did about five initial qualifications and requalifications for their pilots, along with currency training for us and them. All in all it was a very successful day.”

This was the first time the 100th Air Refueling Wing (ARW) operated from Greece, building partnership with the HAF, while demonstrating the KC-135’s reach in Europe.

“There are many players involved in making this a successful training mission,” Jackson said. “To ensure an announced arrival and departure from Greece, we had overwhelming support from the U.S. Embassy, who worked closely with the [Hellenic air force] and the local government in Greece. Overall, without this team working cohesively, this mission could never take place.”

This mission provided the training and teamwork necessary to expand capabilities and confidence of the U.S. Air Force and its NATO allies. 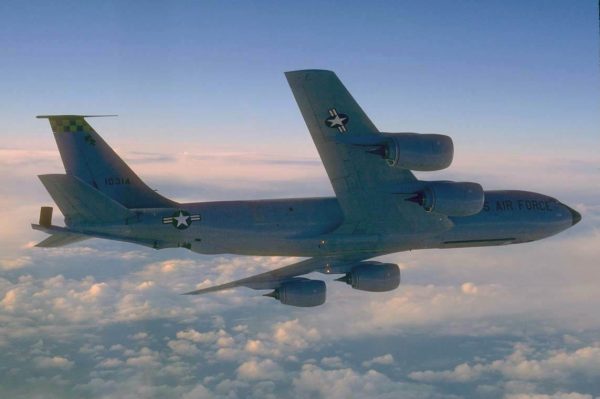 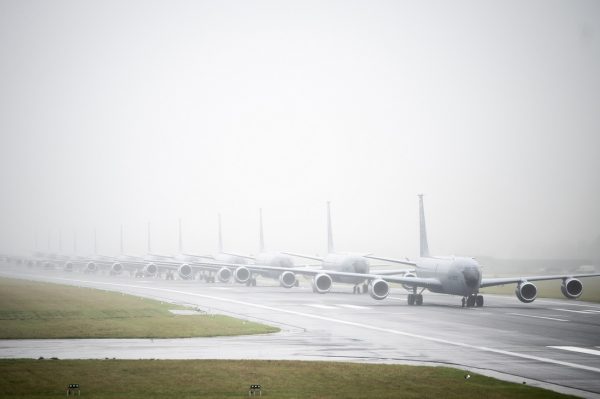